The project for building the Badlapur express way is in full swing by Mumbai Metropolitan Region Development Authority (MMRDA). This road will connect Nahur(Bhandup) – Airoli – Nilaje(Katai Naka) – Badlapur. The tunnel will be constructed between Bharat Gear and Daighar in Mumbra on this road. So far, more than 5 percent of the tunnel work has been completed, said the supervisory engineer of the authority.

The road work is mainly over the ground and at some places over the bridge. There shall not be much delay starting this job. The road between Bharat Gear and Daighar near Mumbra on this route is to be paved. This work is very challenging. The hill of this place is completely rocky.

There are many natural, technical barriers to doing this. The tunnel was not finished after the road work was started. Engineers said the tunnel work has been taken up in a priority manner so as not to impede road work.

The population area covered by of the Mumbai Metropolitan Region Authority area is going to increase by 34 percent. From 1995 to 2005, the number of vehicles in the authority sector has increased by 14 lakh. These vehicle numbers will continue to grow in the coming years. There are four entrances from West Dahisar, Bhiwandi, Airoli and Vashi to get to and from Mumbai.

Taking into consideration the next time, the Authority has proposed a 33.8-kilometer road from Nahur to Badlapur (Highway No.14) and is proposed to be a 10 lane road. This road will provide a new way to get in or out of Mumbai. Vehicles from Pune, Karjat, Badlapur and Kalyan areas will be able to travel in and out of Mumbai by this route. A provision of 730 crores has been made for this work.

Plans are in place to relieve traffic congestion at Shil-phata Datt Mandir Chowk, Daighar Police Station, Mahape Road Khand. A flyover will be constructed at Khind Kalyan Fata Chowk on the road to Kalyan, Dombivali. Therefore, vehicles arriving from Navi Mumbai and going from Kalyan to Navi Mumbai will depart directly.

Part of the Dutt Temple at Shilfata Chowk will be shifted backside. The adjoining temple was a landowner’s land. Her TDR has been handed over to the owner and taken into custody for land widening work, ”said Subhash Bhoir, a local MLA from Kalyan Village. Following the Dutt Temple, it will be possible to widen the roads in the outpost and make the turn in this route.

A subway route has been prepared between Bharat Gear to Daighar Police Station (Hanuman Dhaba). Due to the bridge at Shil-phata Dutt Temple Chowk, vehicles coming in and coming from Pune to Mumbai will leave the bridge without stopping. According to MLA Bhoir, subway, bridges and road widening will give a complete pause to the vehicle at Shilfata Chowk in the next two years. 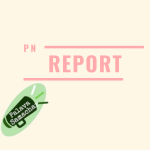 Kalyan civic officials to face action if potholes not repaired