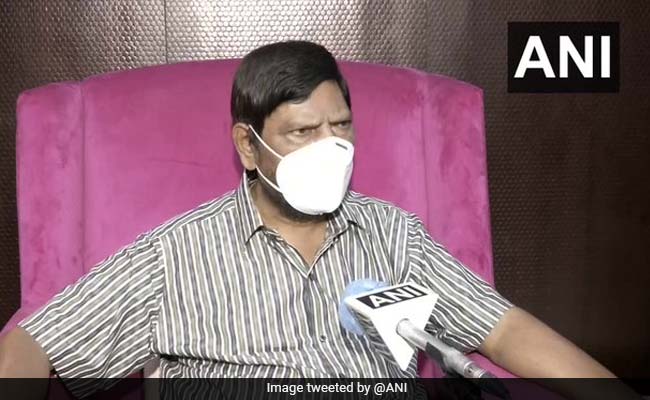 New Delhi: A Union Minister has asked people to stop eating Chinese food as anger rises against the neighbouring country after a violent face-off in Ladakh led to casualties. Junior Minister for Social Justice Ramdas Athawale said one of the actions that citizens can take to hurt China, apart from boycotting Made-in-China products, is to stop eating their food.

“My suggestion is that restaurants and hotels that sell Chinese food should be shut down. I also request those who eat Chinese food to stop eating them, boycott them,” Mr Athawale told news agency ANI.

Indian and Chinese soldiers were involved in a violent face-off in eastern Ladakh’s Galwan valley on Monday night. Military commanders of both sides are holding talks at the incident site today to defuse tension.

“In such a time when our 20 soldiers were killed by the Chinese and they disrespected us, my request is that everyone should stop eating Chinese food. All the states must give an order to ban Chinese restaurant and hotels,” the Union Minister told ANI.

The 60-year-old Republican Party of India leader, who lives in suburban Bandra in Mumbai, was seen in a video chanting “go corona, go corona” in February.

While some supported the Union Minister’s comment, others made light of it as an impractical suggestion, with many pointing out that the so-called Chinese food mostly consumed in India is only in name and those who sell them are people who have a job to lose if their businesses close down.

Posts on social media also show people throwing out flat-screen TVs from their balconies and destroying them, and some burning China-made electronics in protest against Chinese aggression.

There have been calls to stop using mobile apps and other software with roots in China, such as the video-sharing app TikTok.

Palava Samachar - September 15, 2021 0
Rotary club of Palava have organised an Eco Friendly Idol Immersion on the eve of Ganesh Chaturthi from 11-09-2021 to 14-09-2021. The Idol Immersion pandals are set at Riverview and Adriatica Society in Casa Rio, Palava City.

Digital India, Mocked By Congress, Proved To Be Boon Amid Pandemic:...