Offering an intensely evocative and aptly titled narrative, Dancing with Death both guides and inspires, armchair adventurers as well as venturesome travelers to the jungles, seas, people and cultures of the world’s “roads” less traveled within the beautiful panoramas of Latin America. Co-authored by co-adventurers Jean-Philippe Soulé and Luke Shullenberger, this dynamic read memorializes not only their experiences during their expansive sea kayaking journey, but also serves to help bring awareness to the cultures and history of the seldom seen or noted native peoples they encountered.

From the start, the story treats the mind to the emotions and visages entwined in this thrilling narrative which memorializes the unforgettable and awe-inspiring expedition by sea touted as a one of a kind undertaking. Author, guide, and adventurer Jean-Philippe Soulé accompanied by fellow adventurer and able friend Luke Shullenberger find themselves and their kayaks sorely tested by weather, tides and their bodies as they paddled thousands of miles braving often life-threatening conditions including near drowning, malaria, shark attacks, crocodiles, guerrillas, armed bandits and corruption during their one of a kind undertaking. The overall journey spanning three years, 3000 miles and seven countries included Baja, Belize, Guatemala, Honduras, Nicaragua, Costa Rica, and Panama. The expedition fully titled as the Central America Sea Kayaking Expedition 2000, but also known as the CASKE2000, was a quest intended as an effort to connect with, learn about and preserve in writing the history of the self-reliant, indigenous peoples and their respect for and relationship with the earth.

Overall, the book provides an absorbing view of life for the two sea bound kayakers. Readers are made privy to the challenges, successes, and failures of their journey supplied via their intimate thoughts and experiences through the inclusion of their alternating journal entries, of which I found did well to enhance the read by providing deep insight and focus to emotions with differing perspectives concerning the elements of planning, preparation, and embarking on the expedition.

Altogether, I did enjoy reading Dancing with Death. The book was easy to engage with and well-organized. I found the narrative an intelligently composed chronicle and compelling read that riled the senses with descriptive exposition and well-organized literate visions of superhuman determination, extreme traveling adventure, fraught with kayaking adventure, spine-tingling moments, exotic environments and intriguing people and cultures.

I also enjoyed their close up encounters with wildlife which made for particularly exciting reading especially the section on playing hide and seek with giant sea turtles. Additionally, aside from portraying a phenomenal travel super-adventure, included in the book are some of the most stunning photos that I have seen, as well as the additional perk of a fantastically organized website where you get to experience even more details of their journey. However, the very best aspect of the book is the inspirational tone of the whole book. The authors, although faced with the adversity and danger of their expedition, did not quit. They simply followed their dreams, a must I think, for all travelers. I definitely and heartily recommend this for fans of travel books. 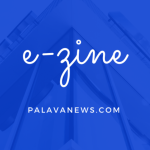