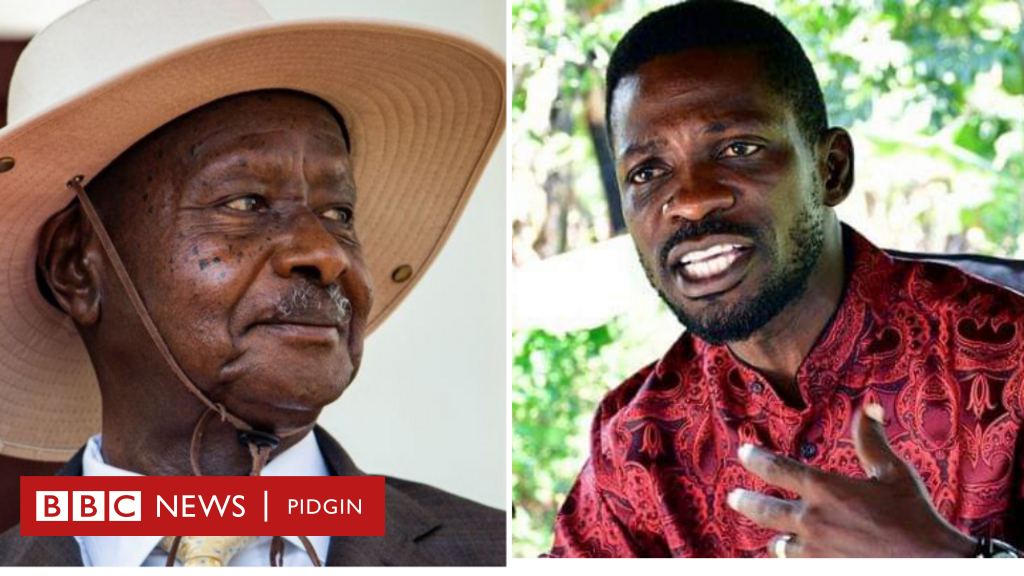 Provisional Presidential results from di announcement from Uganda Electoral Commission on Saturday around 9:00 am show say Museveni dey ahead of Bob Wine.

Results from 23.9% of all polling stations, show say President Museveni get a sizeable early lead for over 65 percent of di votes wey dem don so far.

Bobi Wine dey claim widespread fraud and violence during Thursday election but e no give details of him accusations.

Ugandan law empowers di Commission to receive results from all districts and to publish dem within 48 hours after di voting process dey completed.

Those wey tok wit BBC team for some parts of di capita Kampala say dem don tanda for polling centre since 6am local time [3:00 GMT] but up until 11am [9:00 GMT] dem still dey experience voting delays.

Right now na total shutdown of internet for Uganda based on government instruction. Access to internet only dey available via VPN or satellite.

Museveni add say im no go allow foreigners to determine who dey good or who dey bad inside Uganda.

Observers from Africa but not from [US] America

Dem neva do peaceful transfer of power for di kontri before and should in case Museveni lose, e no clear wetin go happun.