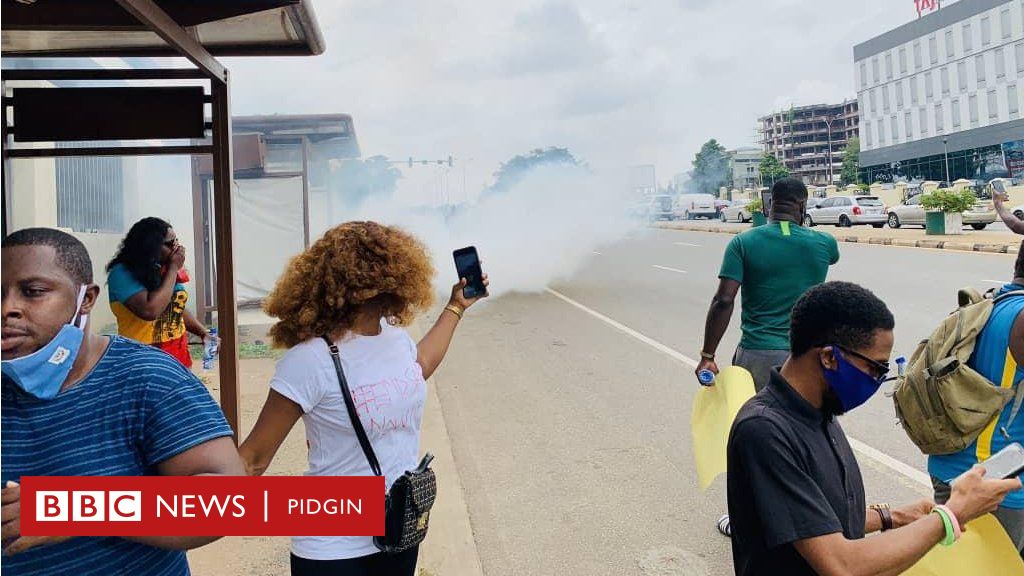 After receiving pressure from fans to publicly back di protests, DJ Cuppy also movement to #EndPoliceBrutality and #EndSARS.

But as dem stand, di police officers dem begin point dem and dem no get option than to run for dia life.

Police later release four pesins wey chop arrestby the police during the protest have been released. They were taken by the officers of the Maitama police station.

FCT police spokespesin Mariam Yusuf say according to information at her disposal, the protesters were dispersed with minimal force.

But di protesters insist say dia fundamental right to peaceful gathering n aim police try to scata even though dem bin dey peaceful and no get intention to cause chaos.

(Refresh dis page if you no see fotos)

Flyjac Logistics acquires 22.3 acres of land from Macrotech Developers in...

Hollywood actress breaks the internet when she joined Instagram.