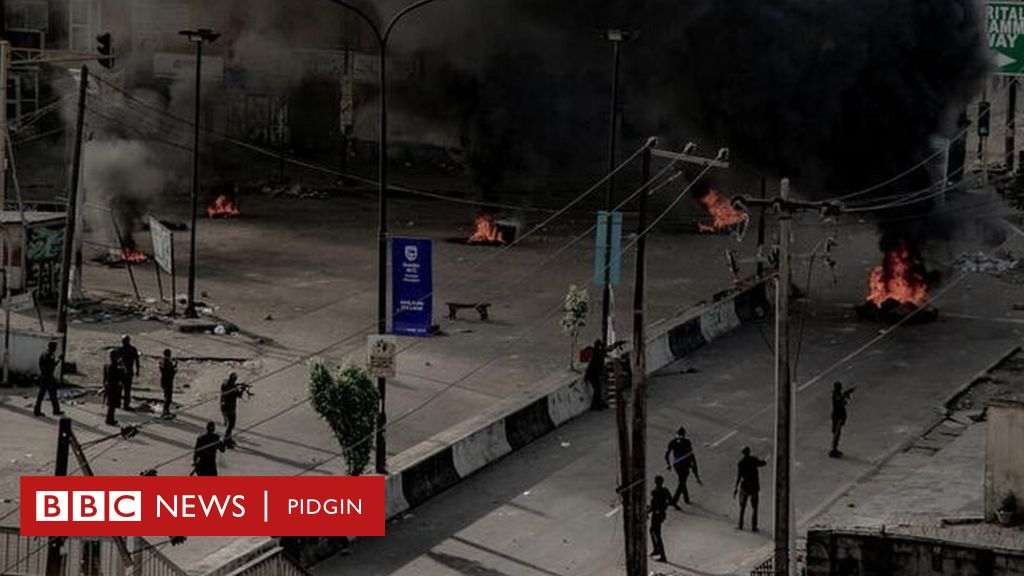 Some hoodlums attack and put fire for di headquarters of Nigerian Ports Authority in Marina, Lagos on Wednesday, October 21, 2020.

one of di staff wey dey inside tell BBC say some pipo don escape go outside while some still dey inside.

Also, on di 20th and 21st of October, hoodlums attacked three (3) new generation banks and tiff some amount of money while dem put fire for some parts of di bank before police arrest some of dem di loots from the banks, including arms and ammunition.

Palace of Oba of Lagos

For one video wey dey circulate online, di hoodlums dey run around with different items and one of di thugs wear judge robe and wig plus carry machete.

But even as e postpone di waka, some pipo still come out dat day to protest and continue dia demonstration till date.