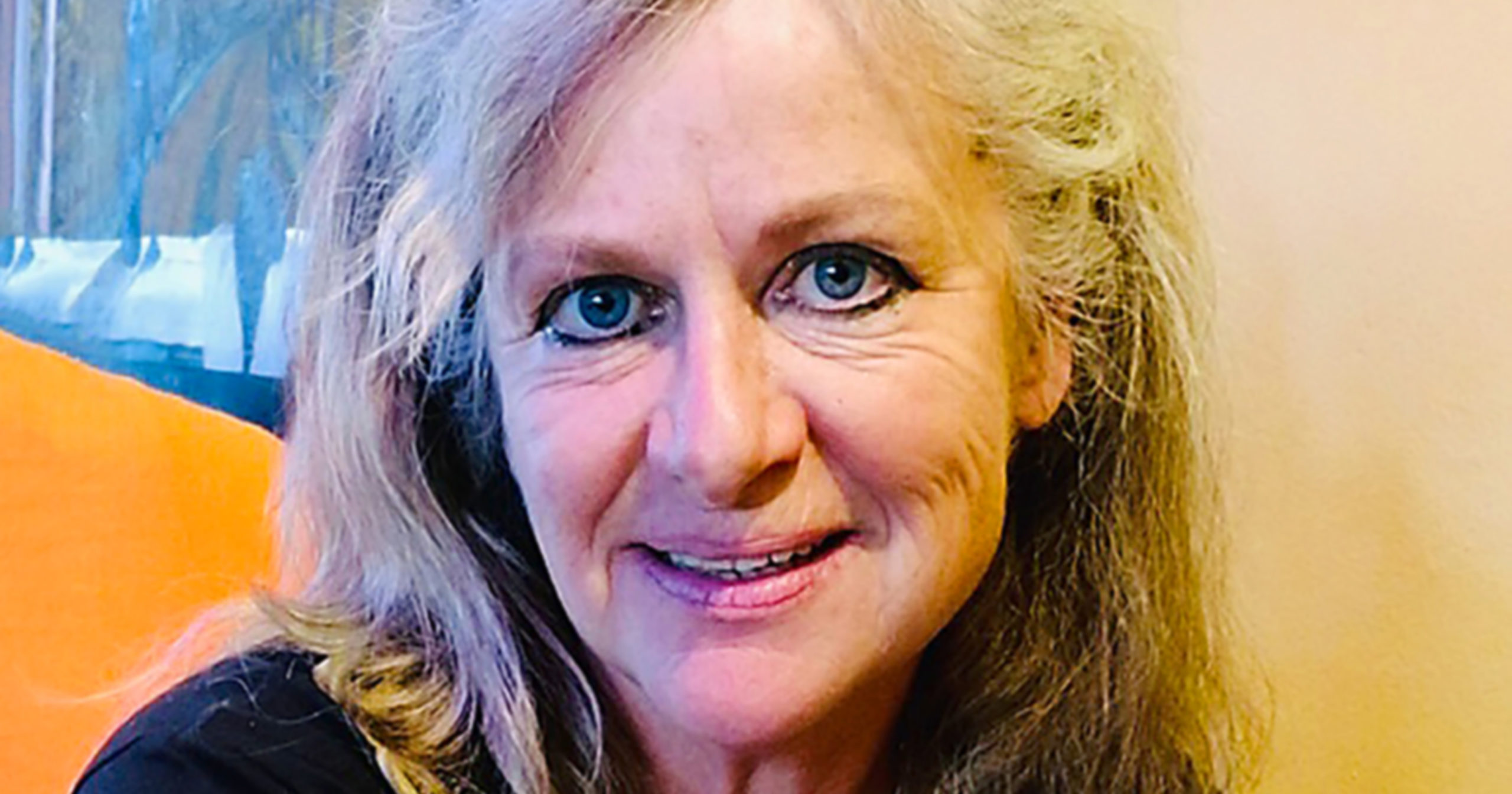 They said it was going to be really fun being home alone-ish (I have dogs). They said I would be able to write and relax, read and re-fill my spiritual cup. In addition to working and ranching and trying to figure out everything myself, it didn’t happen. One look at Rosie (my brand-new red lawn mower who sat laughing at me all week) and the overflowing field of weeds and brush that I needed to attack in my backyard and I was already in trouble. My Zen slid sideways from there on.

How do you fill up Rosie, prime her or whatever? (He did tell me; I wasn’t paying attention. Insert dumb blonde emoji.) Where are the light bulbs and the batteries? (Never mind … don’t use that lamp much anyway!) Just as well the feed was purchased in advance, because I would have been in a world of hurt driving that beast-truck to the feed store, backing it in for the hay and all that palava. How do you cook the cabbage the way I like it? (I have been shown many times and still I cannot quite remember!) For my boiled eggs, how many minutes do I like them cooked and do you boil the water before you put the eggs in? (Insert another dumb and dumber grey-blonde emoji.) What a rollercoaster ride this week has been and that’s before you even discuss hospitalization during the pandemic.

My husband was going in for open-heart surgery, not a walk in the park. These days, you drop them at the main entrance to the hospital at stupid o’clock and then drive away. You are then at the mercy of surgeons having the time and inclination to let you know the patient has survived the surgery, it was a success or not and when he has woken up. Six hours into the silence I was supposed to be enjoying, my imagination started to run wild. I saw images of him cut open and stone-cold dead on the slab. They didn’t want to call me to tell me he was gone. They refused to inform me that the surgery was not a success and he had passed away.

By the time I reached his nurse in the ICU, I was about ready to be admitted there myself; but she was super lovely and calmed me down quickly, once I realized he was still alive and I was not a widow. That was such a surreal time. And then he stayed in the intensive care unit and I couldn’t figure out why he still had to be on the oxygen. Why couldn’t he breathe by himself? He went in breathing independently. What on earth had gone wrong? “He has some lung damage,” they tell me. “His valve replacement was a success, but now he needs a lung specialist.” A what?

Mind goes gallivanting off again onto the south 40, as I imagine his brand-new valve behaving like a champ and his lungs collapsing. Gosh, the brain can canter off to some very random places when you can’t actually see the person, touch their hand or look into the whites of their eyes. He wasn’t even interested in talking to me, or texting. I felt so disconnected; as if he had gone away and some stranger had taken his place.

I had a brain wave, as I was outside talking to Rosie (still not actually doing her job as a mower). He needed a soft toy and some goodies from the outside world to make him feel better. I didn’t want to call some delivery service, I wanted to go and buy him a nice heavy bear to cover his eyes and ears (hospitals are notoriously noisy places) and deliver the cheer in person. You are, again, allowed to go as far as the front door with your piece of cheer. They ask you what is in the bag and register it. (“No, ma’am, there are no weapons or drugs in the bag!”)

I drive the 40 minutes home quite pleased with myself and await a happy text. Nothing-nothing. Maybe someone had stolen it? It was a very lovely bear and a splendid piece of his coveted chocolate. Day 4 and he’s still in ICU and still on oxygen. “Did you get your delivery?” I broached tentatively via text. A few hours later, he replies. “Yeah.” Well, that wasn’t quite the euphoric reaction I had anticipated. What was going on? Who had replaced my sweet and funny husband with this monosyllabic stranger?

They were all completely wrong; I wasn’t enjoying this at all. I call to talk to his personal nurse (that is a lovely feature of ICU!) but I can’t reach the nurse and husband is not replying. Oh my goodness, he passed during the night. His lungs collapsed and no one wants to tell me (this is a reoccurring theme). I was frantic. Why would no one tell me what was going on? I call the main switchboard again and tell them my dilemma. (They must be fairly accustomed to near-hysterical wives on the line, thinking they might be widows.) They put me through to a nice, sane voice who informed me he had been transferred to the heart center and this was a good thing.

I was so happy. He was still alive; I was not bereaved. However, once they are transferred, there is no private nurse — you are at the mercy of someone having time to inform you what is going on. Your beloved is on mega-drugs and has no interest in telling you how lousy he is feeling. I was really struggling to accomplish anything during this week that was supposed to be so fabulous and Rosie was still sitting there laughing at me on the south 40, now neck high with weeds.

Family members expected me to know what is going on. “What’s the oxygen level? What does his surgeon say? When is he coming out?” Rapid-fire texts and messages zoom in from all corners of the earth and I am further agonized by my lack of knowledge. I talk to a nurse. “They won’t send him home on oxygen!” She informs me. Next message from himself. “I think I am coming home today.” (Me: What?? On oxygen? I have work all stacked-up today. Today is not a good day for any of that!) But instead, I sweetly reply: “Fabulous.”

And then you wait and wait. And you wait some more. And you try to fit in the work you have scheduled with your northbound journey to the front entrance. Then it gets super late and the plan is that your daughter will go and get him. She arrives at the main entrance. No, he is not being released, he just collapsed. Oh my goodness me. She pleads with them to let her see him. Nope. She drives south and we still don’t know what the heck is going on.

Finally, he gets home, still on the oxygen, but I’ve got that handled thanks to Lincare. Oh, and the commode they said I would need. Meanwhile on the south 40, Rosie is still laughing. Thank goodness my son is coming home to take care of that sassy thing and her ridiculous weeds.

Housing is at the start of a multi-year bull run: Abhishek Lodha, Macrotech Developers

Housing is at the start of a multi-year bull run: Abhishek...