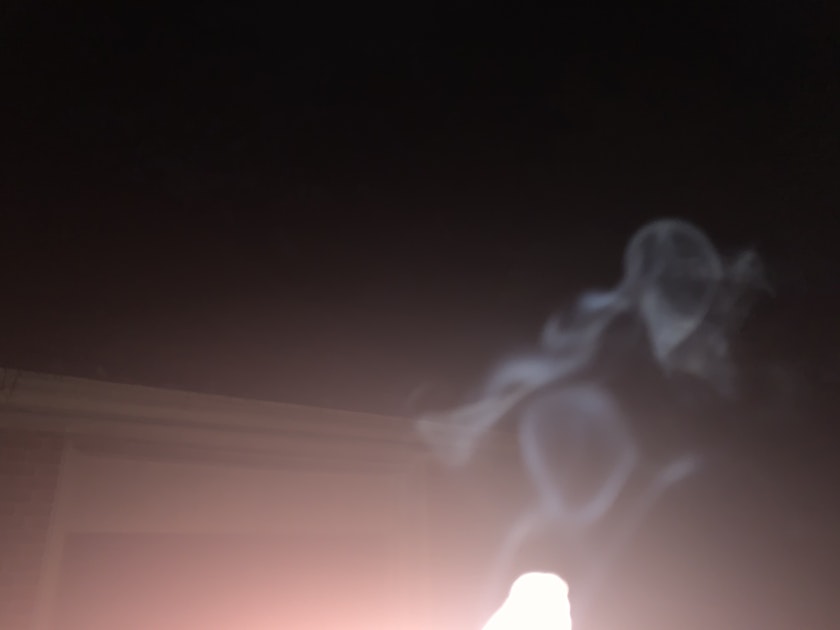 At 11:55 last Saturday night, mostly recovered from the latest Red Sox loss to the Yankees, I was eating pineapple chunks and catching up on the terrific 2015 BBC five-part thriller London Spy when I heard a not insignificant boom from the back yard. Instantly, the power in our Baltimore City house was snuffed. My son Booker, upstairs, texted: “Power’s out,” as if I’d somehow missed it. We convened in the dark kitchen, went outside and saw a small fire coming from a transformer pole behind the garage. It was kind of cool, for a moment or two, but that gave way to the thought of extreme inconvenience coming up.

Booker took charge, calling the fire department and several men appeared just five minutes later, fast in this current era of sluggish federal/local services—I’m specifically referring to the long-running national joke called the United States Postal Service, which has only been furthered crippled by Trump and the new Postmaster General refusing to pay employees overtime, which obviously portends one hell of an Election Night on Nov. 3—and as they poked around, my son advised me to step back to the stairs, apparently in deference to my senior citizen status. I appreciated the concern, but do feel capable of protecting myself from a blaze up in the treetops. Incredibly, as the firemen talked to each other, all the lights went back in the house, which struck me as really weird, but you don’t complain about any kind of luck in 2020, or any other year for that matter.

The lead fireman suggested we call Baltimore Gas & Electric, saying it was his hunch that they’d arrive in 90 minutes or so. I respectfully noted that we’d be asleep by then, and he replied, “Good point,” and said the power company ought to contacted first crack in the morning. Roger, sir, and Booker and I returned to our previous activities (which in his case meant further research on the Jeffrey Epstein/Ghislaine Maxwell pedo ring) and me back to the “media room”—a very 1990s term, but what the fuck, I’m not going to split wires here.

(Minor digression: London Spy is more than worthwhile, a gripping series about a young, gay extrovert (the so-so Ben Whishaw) who gets involved with an inhibited and posh prodigy who supposedly works at a bank, but of course is really an MI-6 spy. The veteran British actor Jim Broadbent is superb, as ever, and the short appearances from the likes of Charlotte Rampling, David Hayman, Harriet Walter, Adrian Lester, Samantha Spiro and Clarke Peters add considerable luster to the show. I half-expected Peter Firth’s character Harry Pearce from MI-5—a Top 5 television series this century— to make an appearance. London Spy doesn’t have quite the panache of, say, Broadchurch (David Tennant and Olivia Colman) or Happy Valley (Sarah Lancashire) but it’s close, which isn’t a small achievement.)

Anyhow, I hit the sack a half hour later, still tickled by our implausible good fortune, but was awoken at 5:40 a.m. by the beeping of the security apparatus. I thought nothing of it, went upstairs to my office and noticed the light in the john wasn’t working and just assumed it was a burnt-out bulb. As it happened, the power was again non-functional, and as it was an overcast morning I had to concentrate particularly hard to locate a BG&E bill so I could report the outage and give our vitals to the automated voice who refused to acknowledge my bark that I wanted to speak to a live agent.

As another example of “how we live today,” I was flummoxed: I flicked through Twitter on my phone, but didn’t want the battery to die; read a few back issues of The London Review of Books, looked at BG&E texts that kept pushing back the estimated time of power restoration; shaved without much light, and given my eyesight that exercise was worthy of Laurel & Hardy, and finally bit the bullet and went to my Charles Village office so I could edit Crispin Sartwell, Joe Kugelmass, Tommy DiVenti and Bill Asher for your reading pleasure (or not).

45 minutes later, my wife rang to let me know the power had returned, so a lengthy interruption was null and void. When you live in a neighborhood with lots of huge trees, power outages aren’t uncommon, and considering it wasn’t raining this time around—unlike Tuesday, when tropical storm Isaias rolled into town—it’s an indictment of Baltimore’s pitifully outdated infrastructure. One might say that this city, not always peaceful, has bigger problems, but I’d counter that the street cameras that record your car exceeding the speed limit by one mile, and then promptly sending a violation as a means of revenue robbery—maybe dun the city’s largest employer, Johns Hopkins, for more taxes?—demonstrates government dysfunction on a grand scale.

I’ll agree that above nit-picking about a short power outage is picayune, mind-blowingly egocentric, compared to problems that so many other people face, but consider it my posting of the bread I never baked, or the bleats on Facebook from rich liberals who embrace the martyrdom of George Floyd and call for de-funding the cops (until there’s a rash of crime in their suburban neighborhoods), unwittingly recalling Phil Ochs’ 1966 satire “Love Me, I’m a Liberal.”

And, truthfully, the short BG&E snafu was nothing compared to a summer storm in 2012 when, upon landing at BWI from a trip to Toronto, my son Nicky (who, at the time, was not allowed in Canada for an arcane infraction a year earlier) texted me and said the house’s power was out and our street was blocked by two felled trees, one of which crushed a neighbor’s fancy sports car. That palava wasn’t resolved for four days, and we were forced to inhabit a shitty hotel/motel in the Inner Harbor where the service was snarly, room service non-existent and the Internet connection barely functional.

Oh gosh, once more the narcissist! As my Long Island neighbor Suzy Kertzner said, repeatedly, in the mid-1960s, “Tough toenails, bub, live with it.” She was only six at the time that catchphrase punctuated her conversations, so, although I don’t think of it often, I’d be curious to know what kind of character she turned out to be. The possibilities are endless: I’d go with high-priced call girl in her young adulthood, but that’s the pineapple talking. Maybe she’s a respected Broadway actress, a tech billionaire or retired bank teller. This is a mystery that’ll never be resolved, but that’s just the way the toenail crumbles.